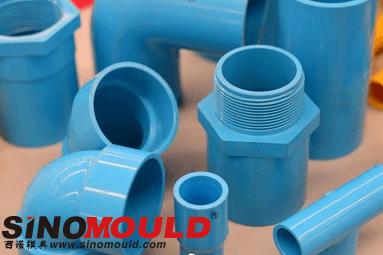 Because plastic pipe fittings have the advantages of energy saving, environmental protection, light weight, high strength, corrosion resistance, and long service life that are different from other traditional pipes, they are gradually used in building water supply and drainage, urban and rural water supply and drainage, urban gas, electricity and optical cable sheathing, agriculture, industry, etc Instead of cast iron pipes, galvanized steel pipes, cement pipes and other traditional pipelines, it has solved the problems of secondary pollution of drinking water and chemical corrosion protection, and limited groundwater resources from pollution.

Taking building water supply and drainage as an example, the construction process of plastic pipes is relatively simple, because the inner wall of the plastic pipe is smooth and not rough, and the flow capacity is strong. Under the condition of a certain flow, the pipe diameter required is smaller than that of the traditional pipe. As a result, its engineering cost will be lower than that of traditional pipelines, which has brought tremendous progress to my country's pipeline industry.

At present, the domestic plastic pipe fitting industry segmented products are mainly PVC pipes, PE pipes and PP pipes. The three are widely used in various market segments relying on their unique advantages. PVC pipes are used in the field of construction drainage, and PE pipes are used Most of the urban gas pipes and home improvement hot water pipes use PP pipes, so there is no absolute substitution relationship between the three. Judging from the output of the three in recent years, the output of PVC pipes is larger than that of the other two types of pipes each year, but the proportion is decreasing year by year. With the rapid development of domestic urban gas and home improvement hot water industries, the output of PE and PP pipes The proportion has increased year by year, but PVC pipes are still the majority.